The Poco F3 was announced a year ago and now the manufacturer is finally releasing its successor: the Poco F4. But it’s not the only new model, as Xiaomi is also building the Poco X4 GT with powerful specs, a MediaTek chip and a new heat dissipation system to ensure even more performance.

Starting with the Poco F4, it has a 6.67-inch OLED screen with Full HD + resolution and 120Hz refresh rate. It’s still secured with Gorilla Glass 5 and offers 360Hz touch detection rate, support for Dolby Vision, HDR10 + and a maximum brightness of 1,300 nits.

In terms of performance, the Poco F4 has a Snapdragon 870 processor with up to 7nm 8GB LPDDR5 RAM and up to 256GB UFS 3.1 internal storage and a new heat dissipation system with 3,112mm² vapor chamber. 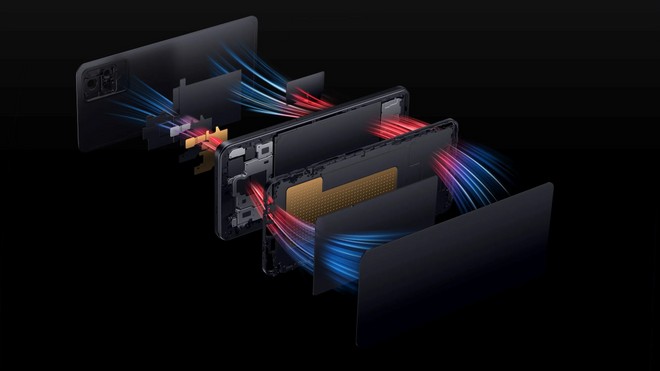 Speaking of sensors, the Poco F4 is equipped with support for 5G, NFC, Bluetooth 5.2, USB-C input and fingerprint reader. On the back we get a triple camera with optical stabilization with 64 MP main sensor, 8 MP ultra wide sensor and 2 MP macro sensor. For selfies, there is a 20MP camera in the hole in the screen.

Speaking of the Poco X4 GT, we have a 6.6-inch LCD screen with 144Hz and a maximum brightness of 650 nits with Dolby Vision support.

On the other hand, this model has a MediaTek Dimensity 8100 processor with 8 GB RAM and up to 256 GB storage options. The battery is 5,080mAh with a fast charge of 67W which is completed in 46 minutes.

The model also supports dual SIM 5G, fingerprint sensor on the side, Bluetooth 5.3, NFC and USB-C.

The camera department is very similar to the Poco F4, but the aperture of the main sensor is slightly smaller: f / 1.89 instead of f / 1.79, but still at 64 MP. The secondary sensor is an 8MP ultra wide and the third is a 2MP macro. The front camera is also different, with 16 MP.

Both models will initially be available in Europe and India at the following prices.

In addition, buyers of the Poco X4 GT in Europe between July 4 and 9 will receive a 50 discount, while buyers in India will receive a 2-year warranty, as well as a free repair of damaged screens within 6 months of purchase. Change This discount will also apply to Poco F4 buyers, but only between June 27 and July 2.

Finally, it is worth noting that it is possible to import both devices via AliExpress, pricing and more information here.